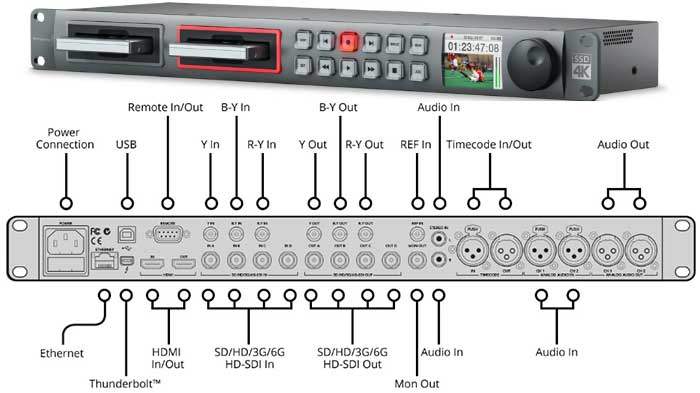 HyperDeck Studio Pro 2 is the ultimate in compatibility and technology, featuring a more advanced design that includes 6G-SDI so you get SD, HD and Ultra HD formats, plus HyperDeck Studio Pro includes a wide range of video and audio connections in both analog and digital so you get the widest compatibility with older and newer equipment. Get SD, HD up to 1080p60 and Ultra HD up to 2160p30 all in the one deck! Also includes 6G-SDI and Quad SDI, HDMI 4K, analog component, balanced analog audio and AES/EBU audio compatibility. You even get built in Thunderbolt for computer capture and UltraScope software for live scopes!